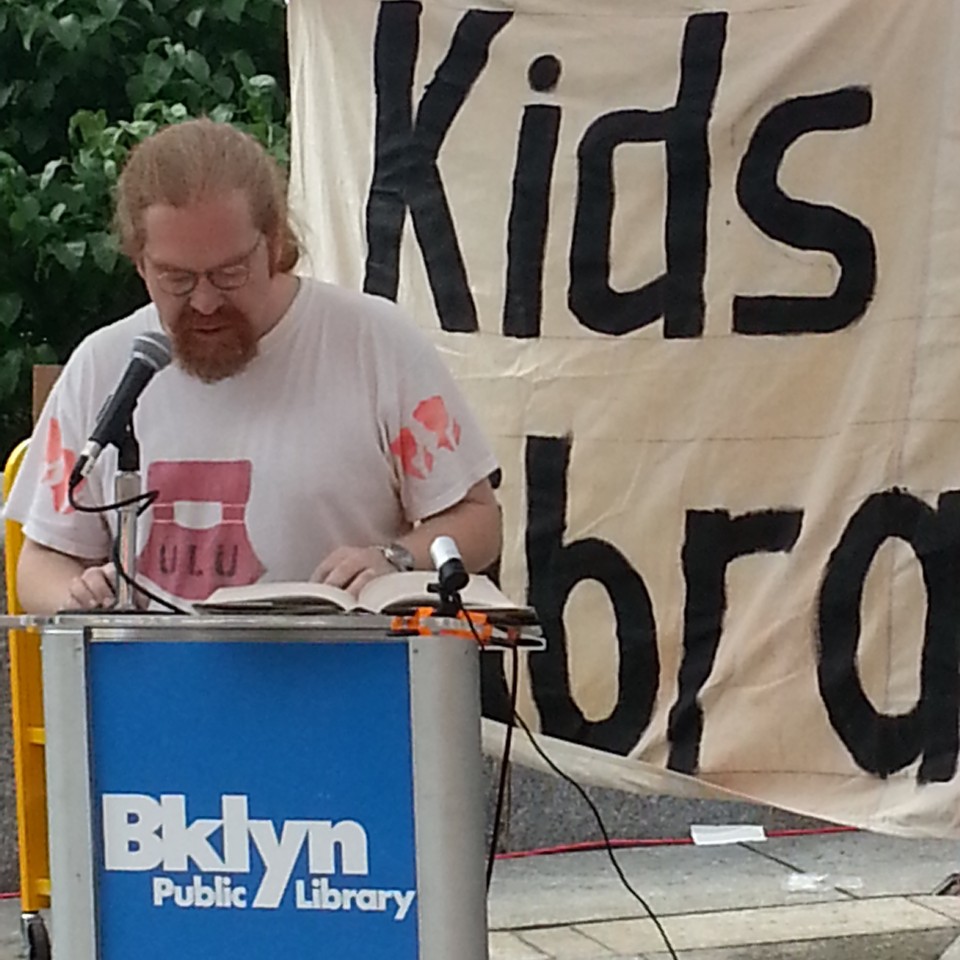 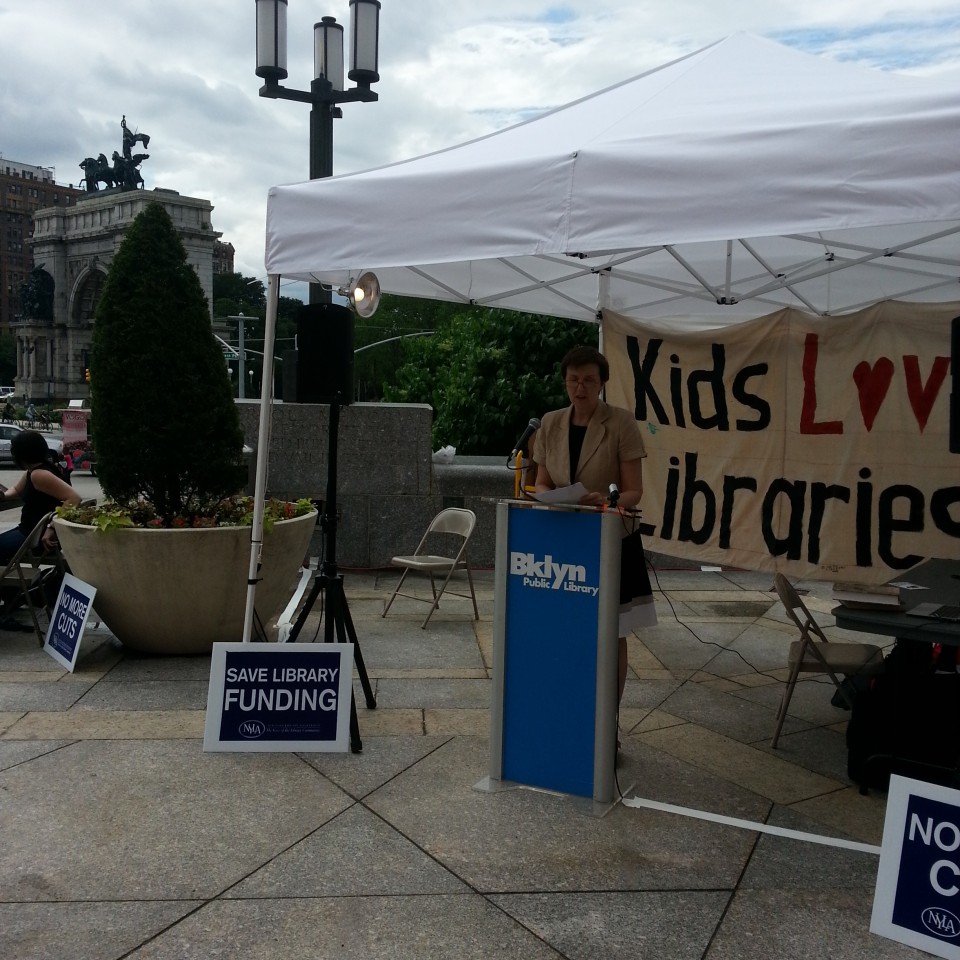 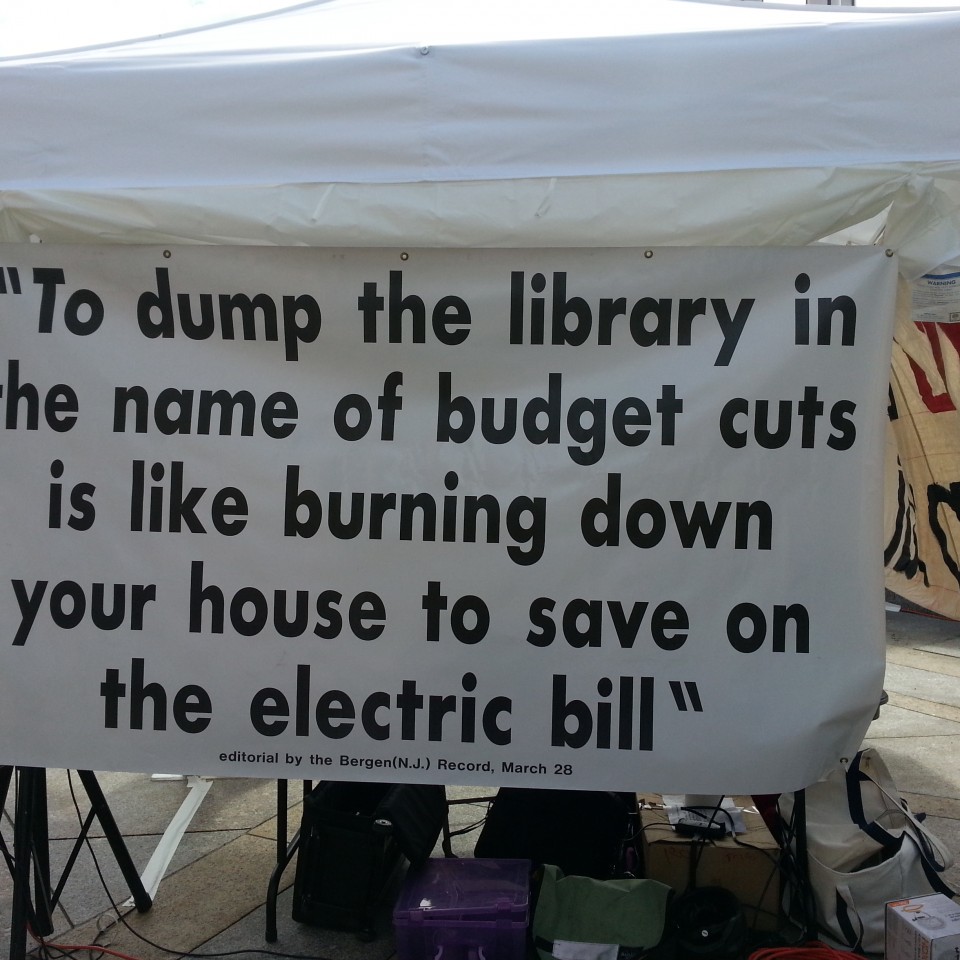 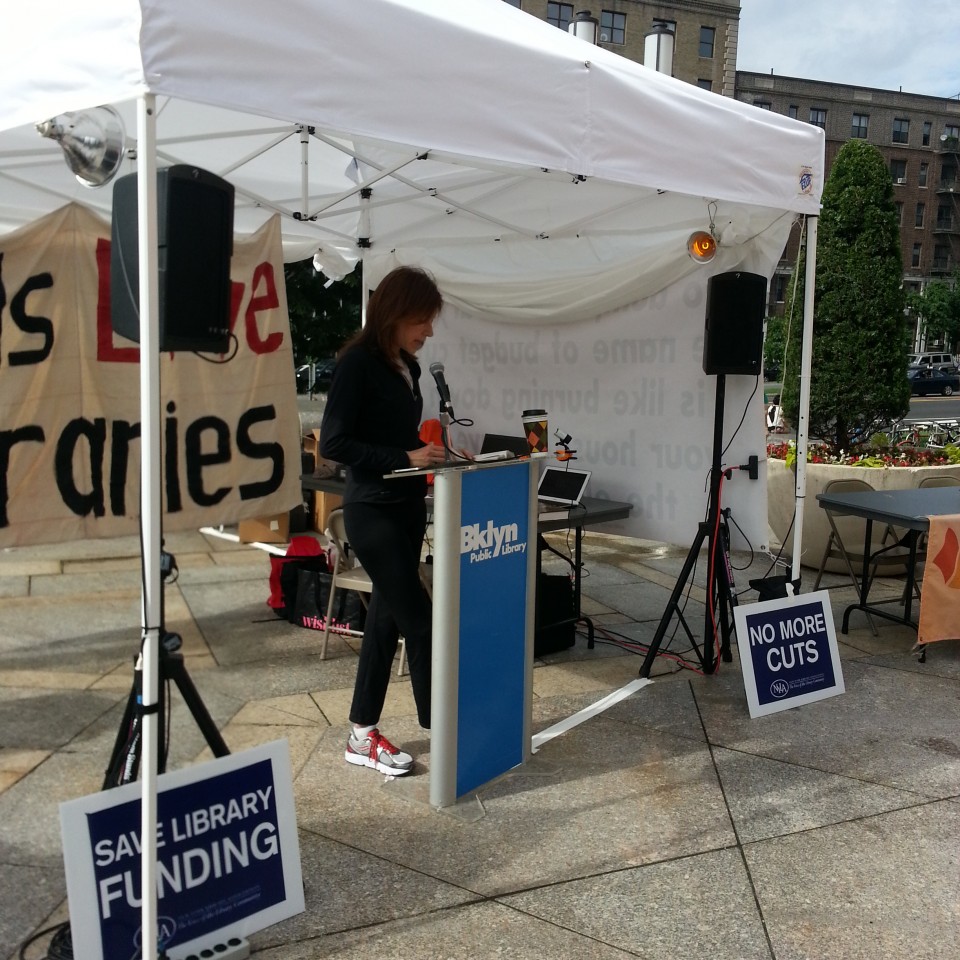 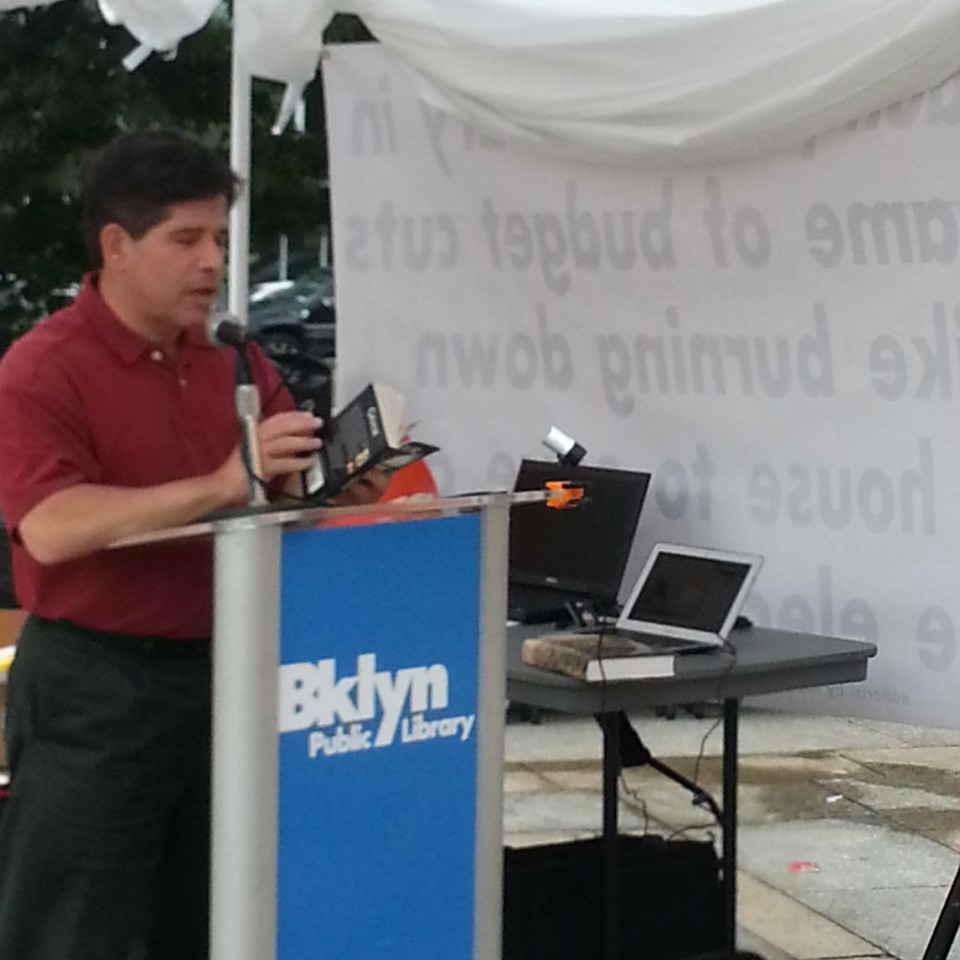 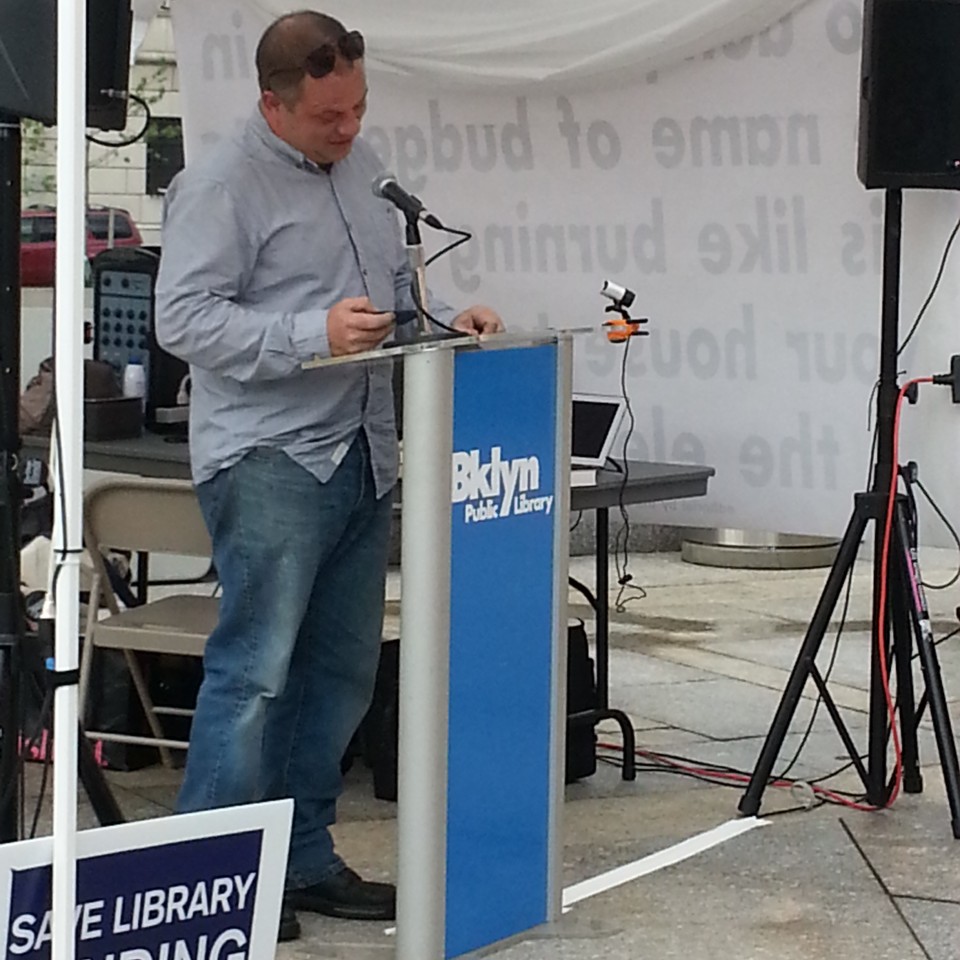 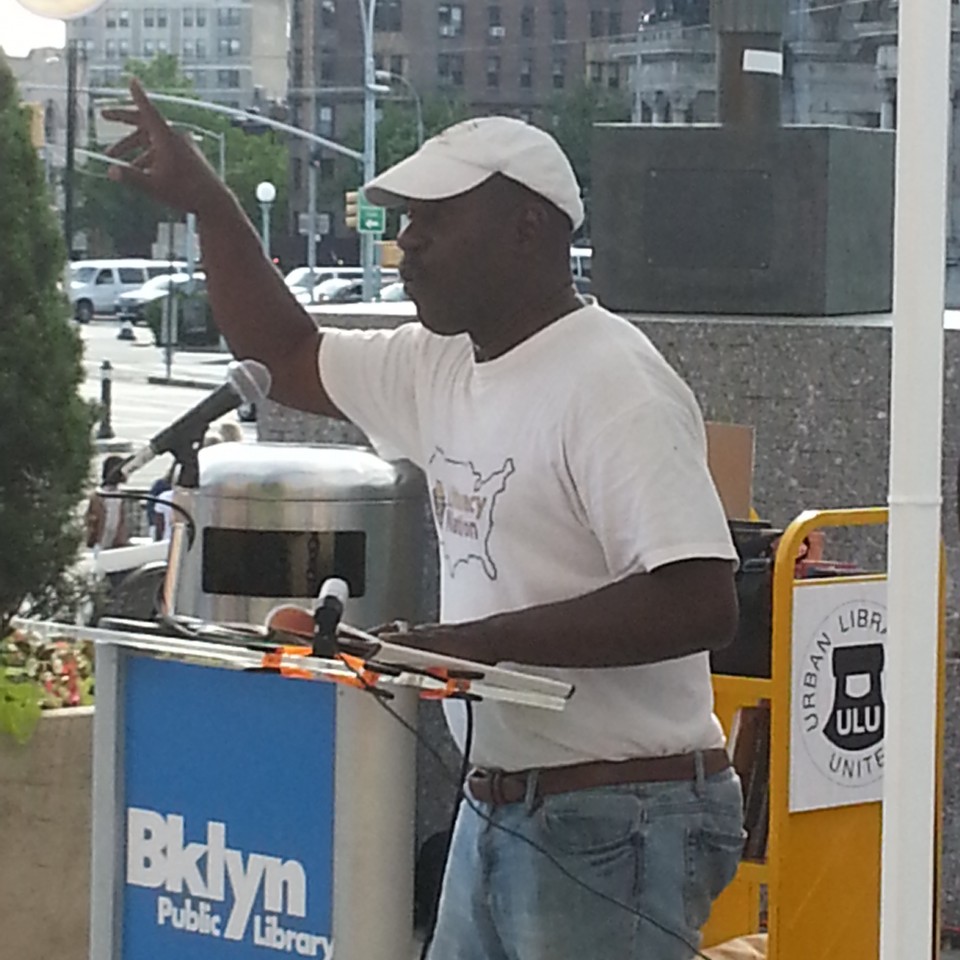 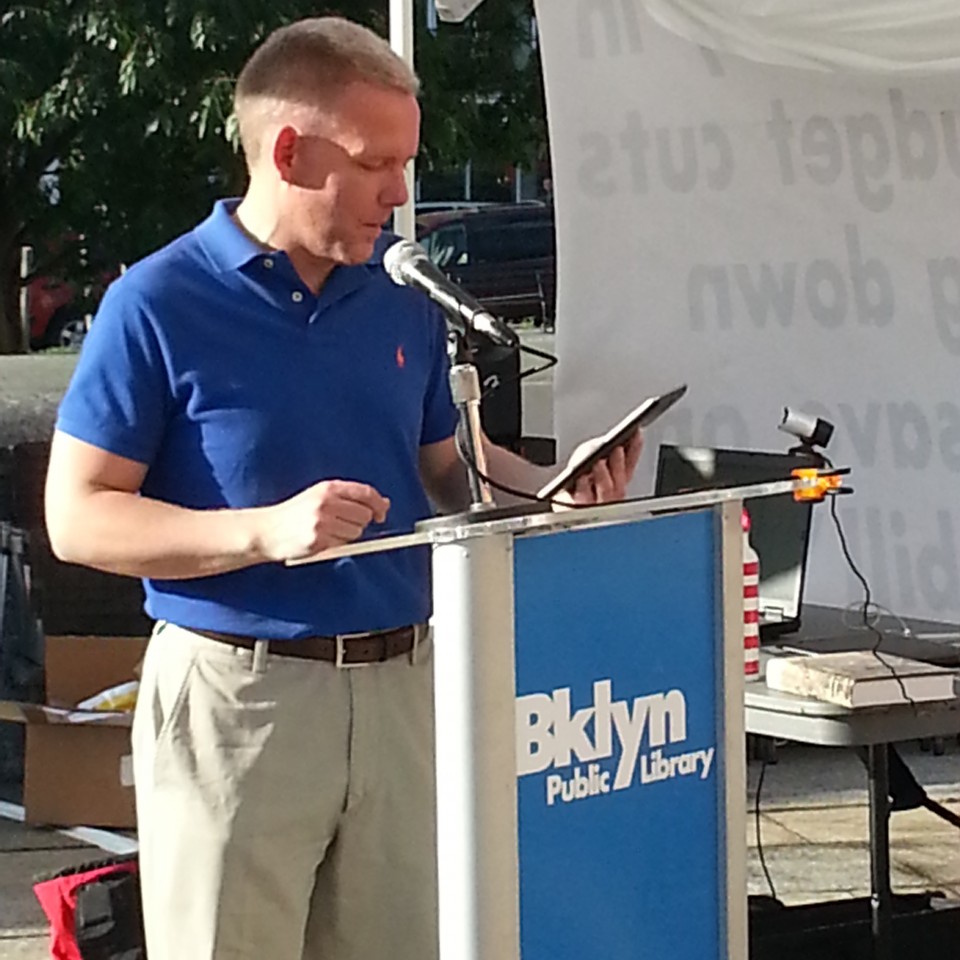 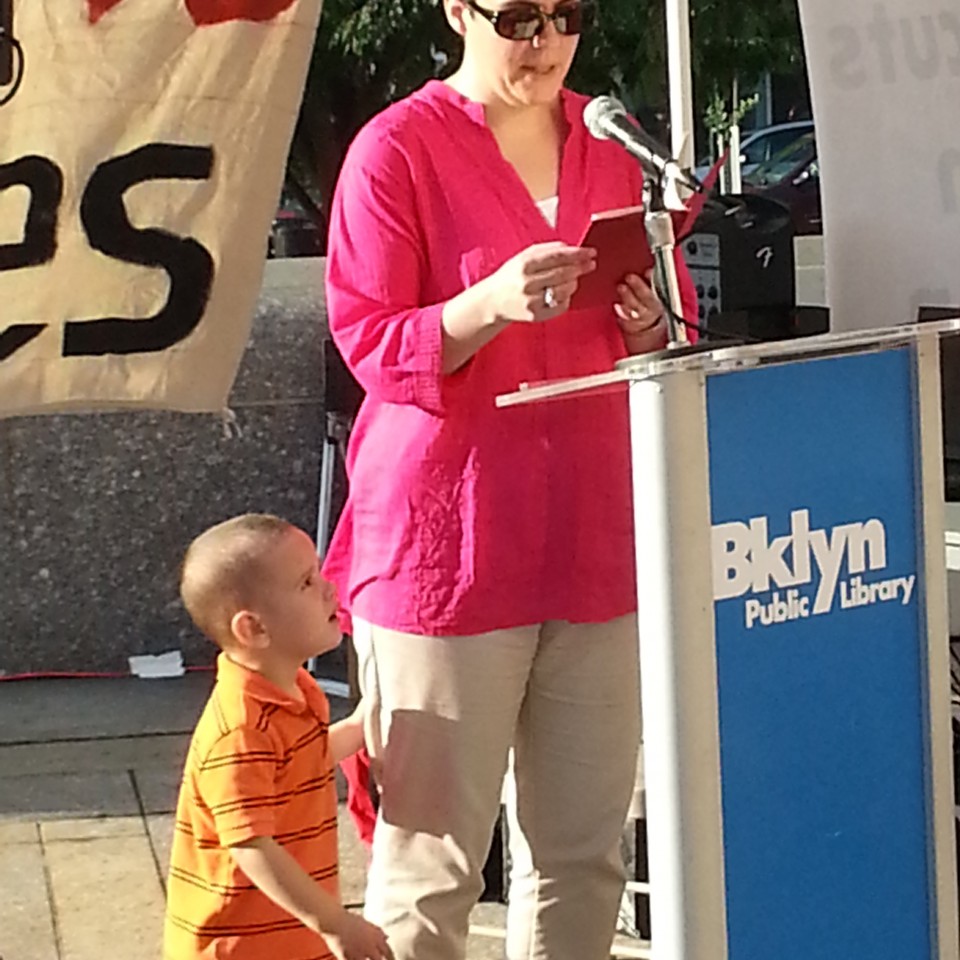 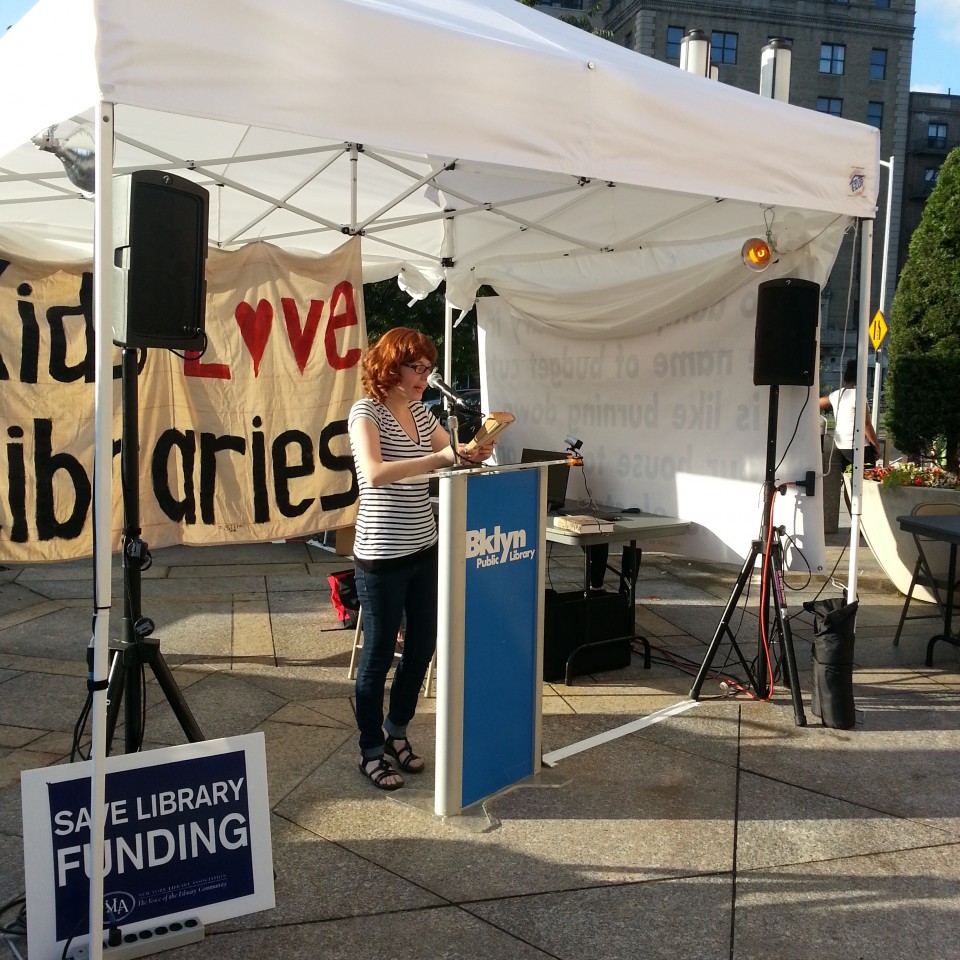 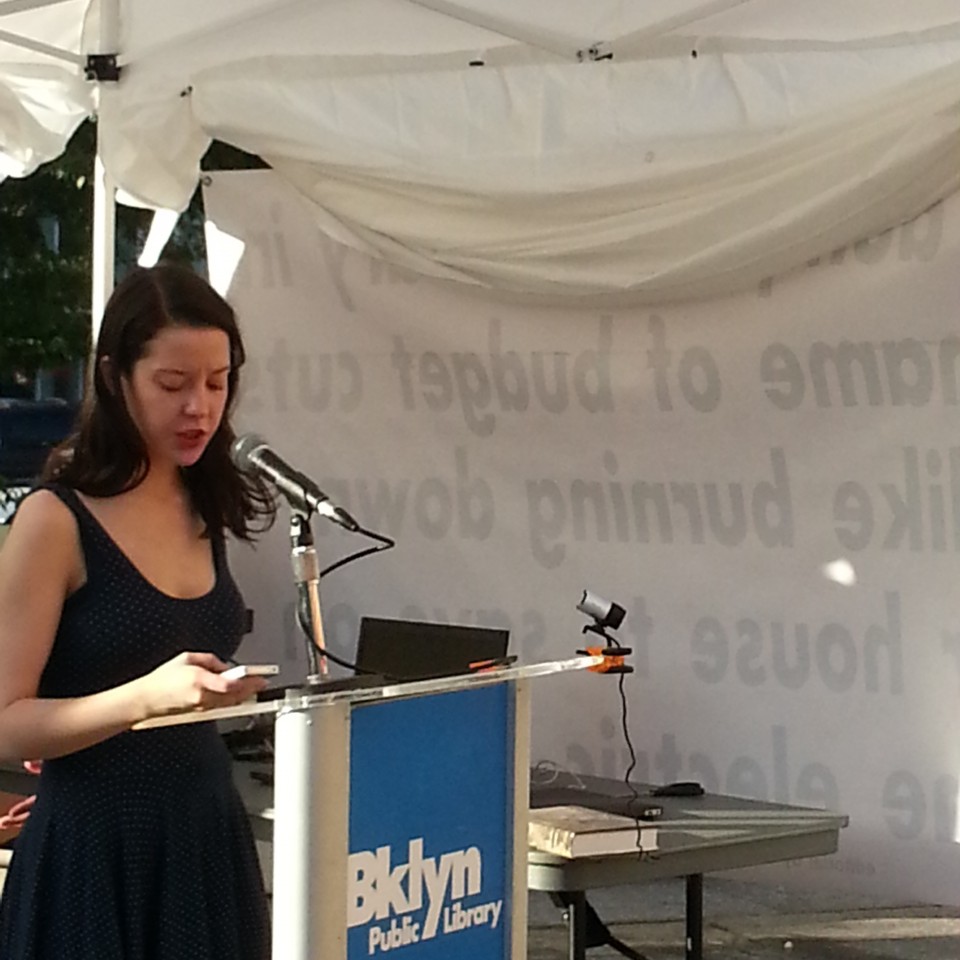 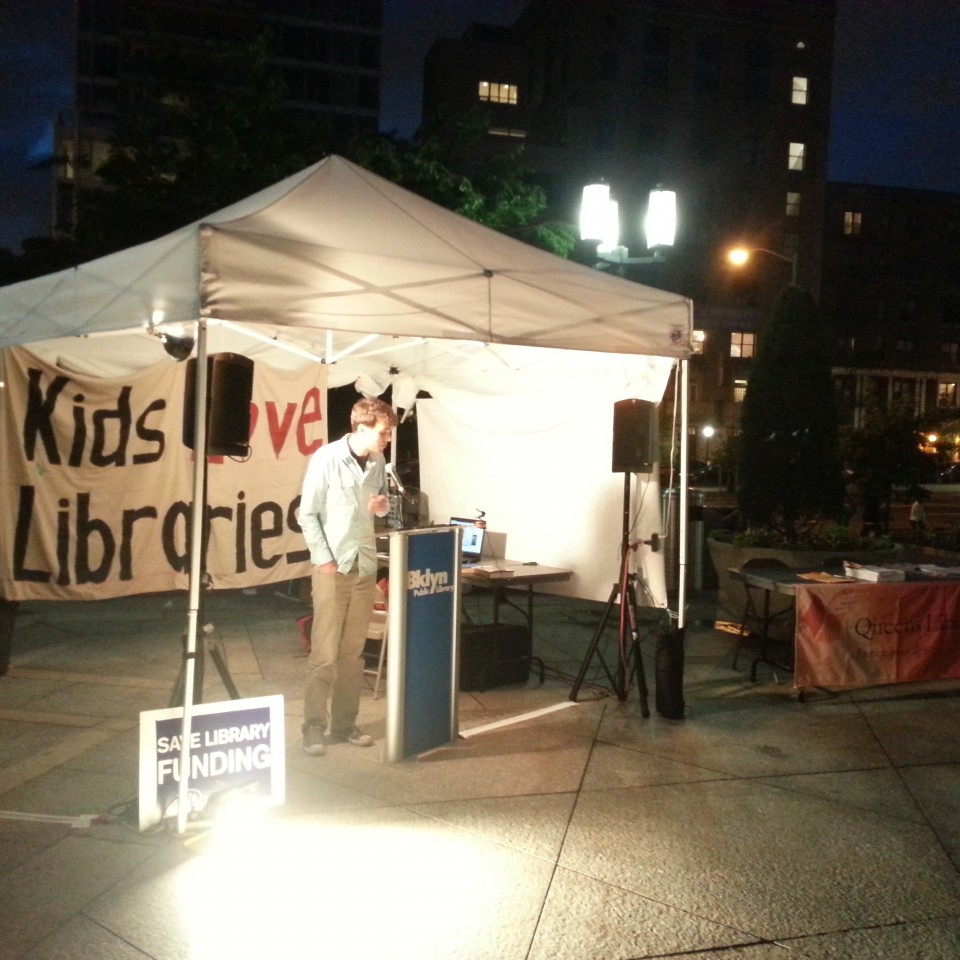 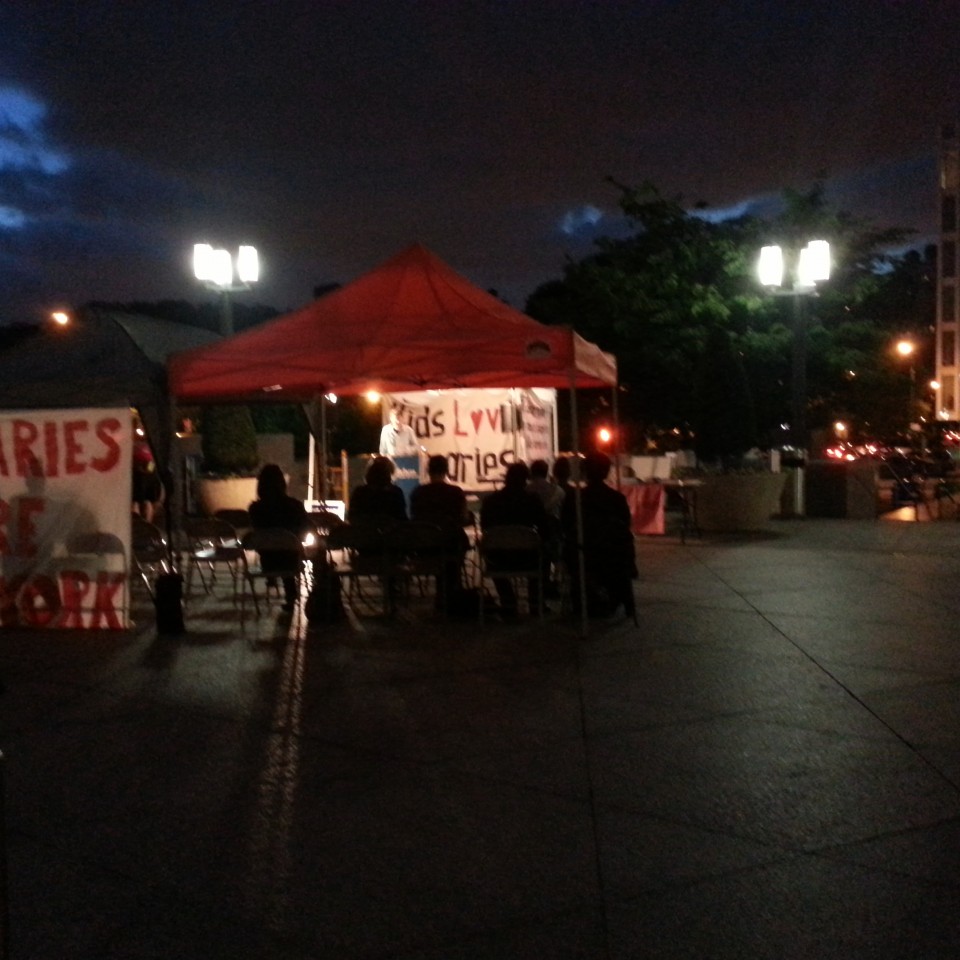 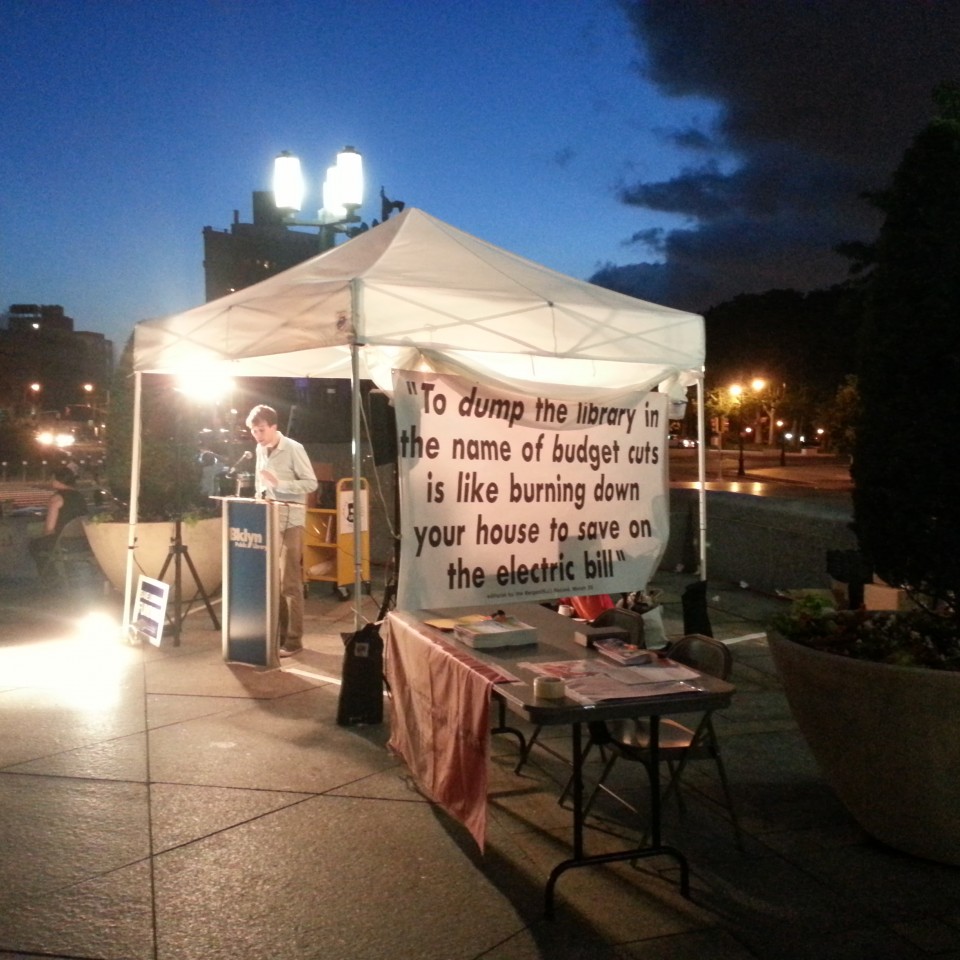 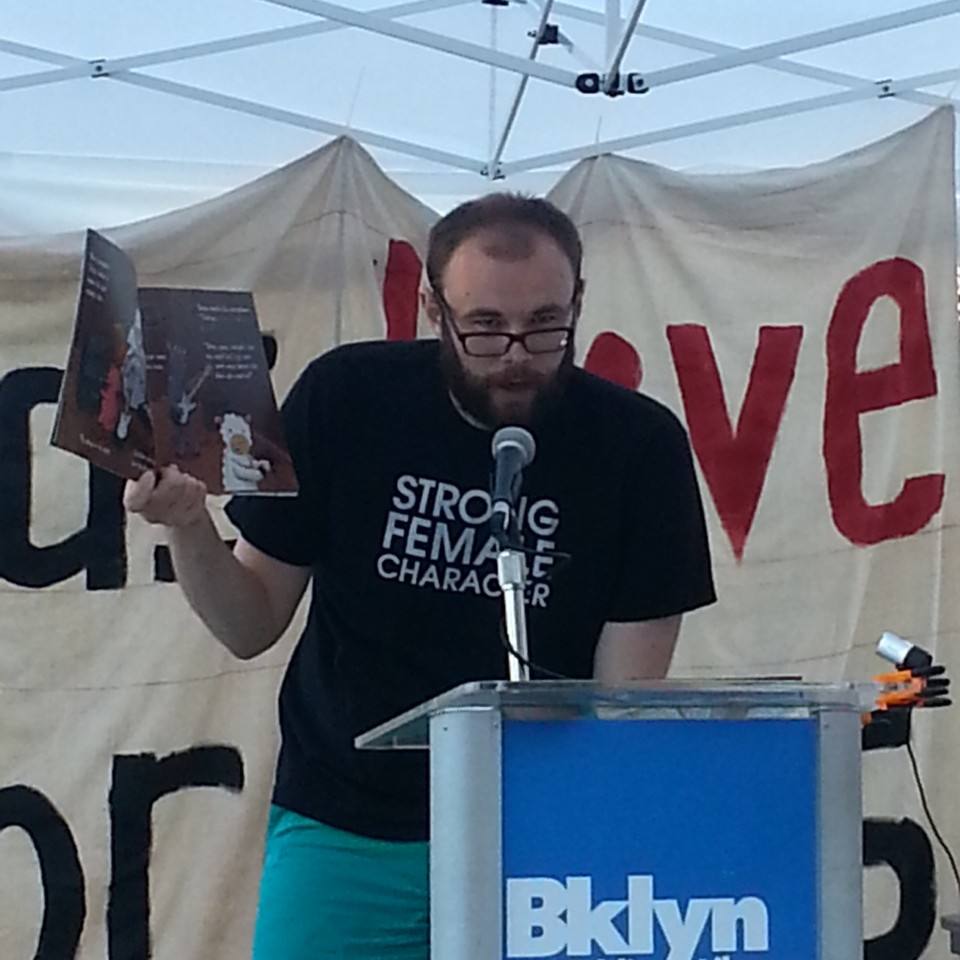 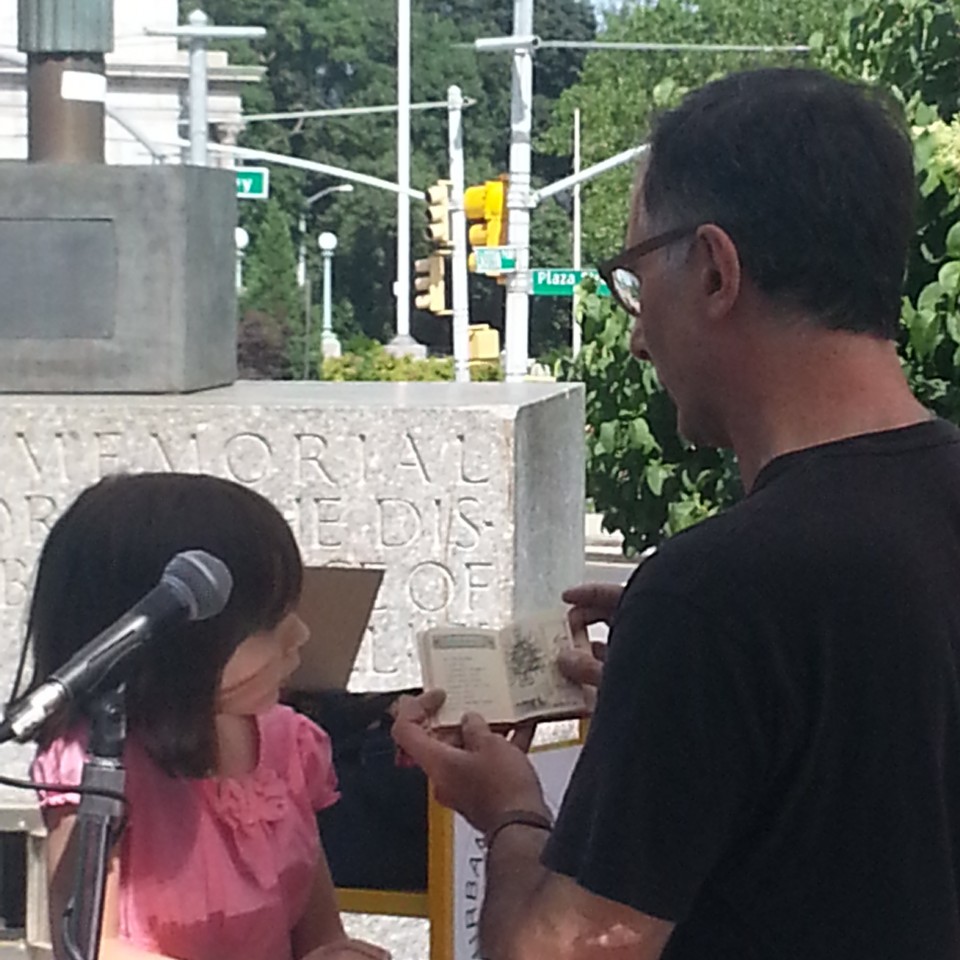 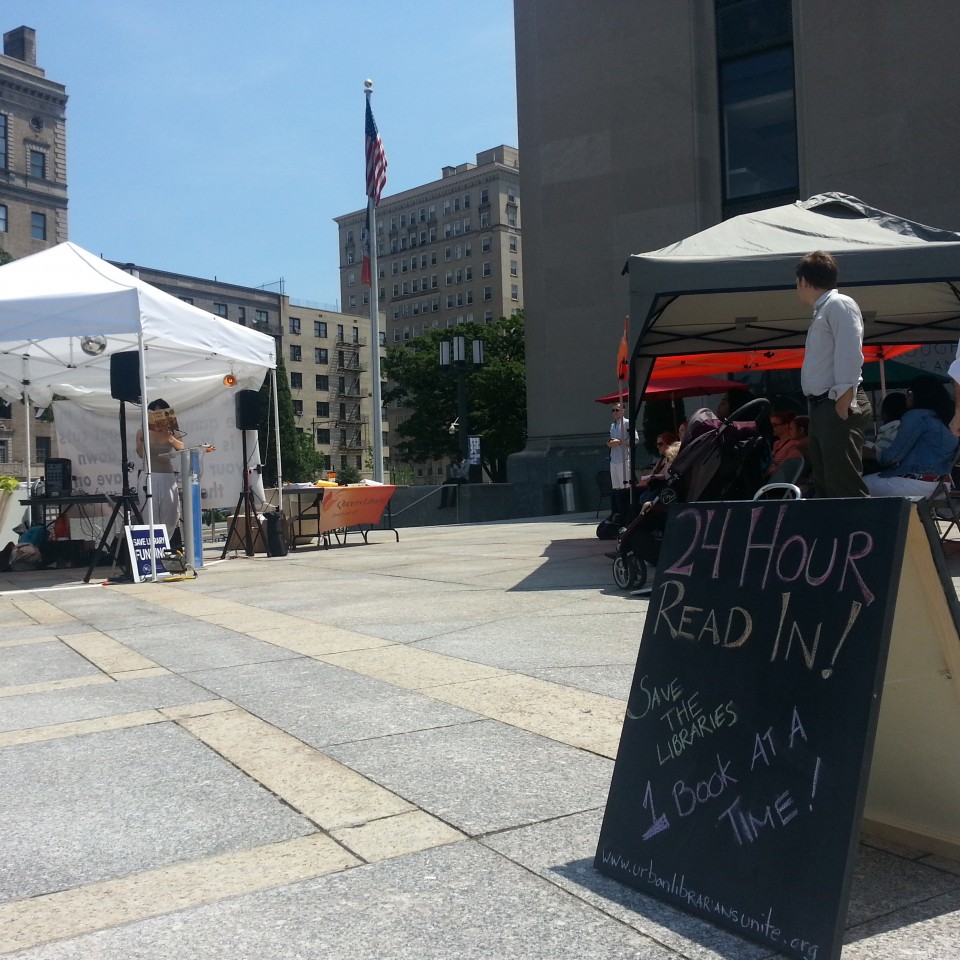 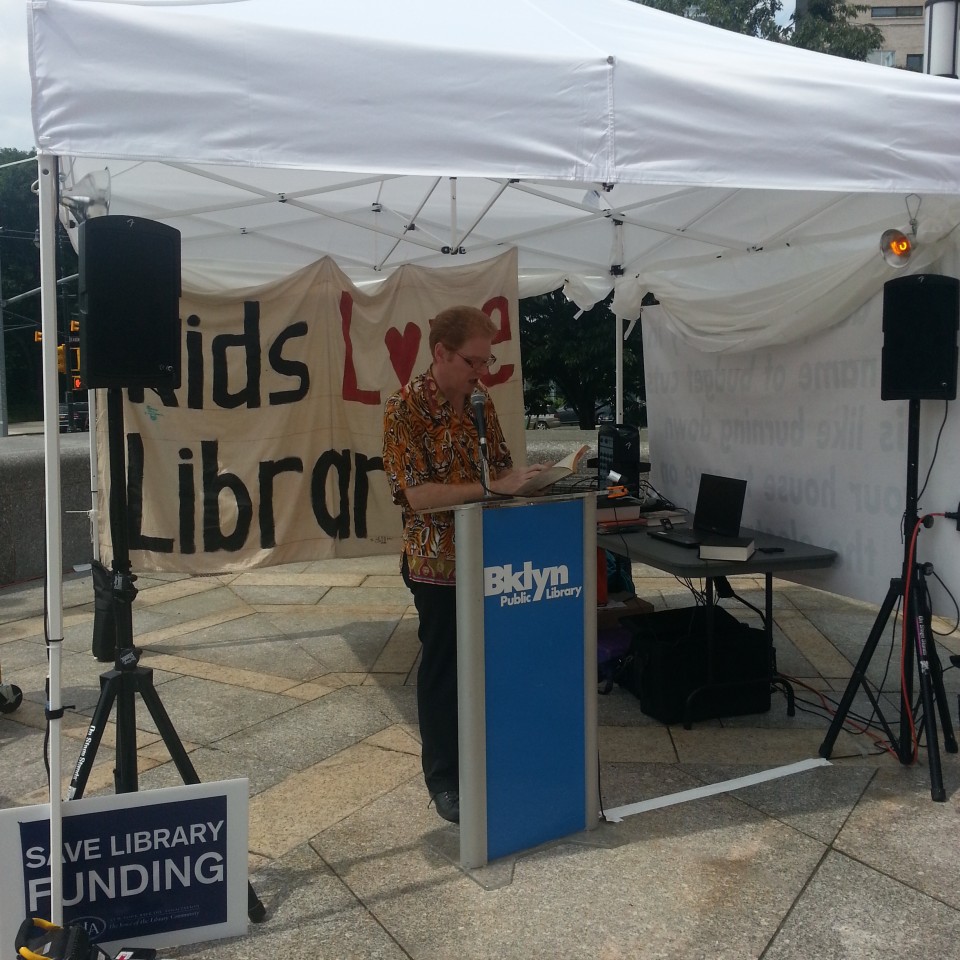 On June 8th & 9th Urban Librarians Unite once again held it 24 Hour Read In for New York City Libraries. This was our fourth year and it was the first year which we had no rain whatsoever! The weather was gorgeous, the turnout was grand, and a great time was had by all.

Once again libraries in New York City are facing dire and dreadful cuts and once again New Yorkers stood up for their libraries by reading right around the clock to show their support. The current cuts stand at $106 Million and should they go through more than a thousand jobs will be lost and over 60 community libraries will be forced to close. Our library supporters refuse to go quietly into this disaster and protested using literature.

It was a great event. We had some wonderful authors like Lev Rosen and Joan Bauer come out in support as well as administrators from all three of the Tri-Li libraries. Brooklyn Public Library was an INCREDIBLE host and their custodial and security services were incredibly gracious and helpful (as they ALWAYS are).

The most beautiful thing about this year’s event was all the new volunteers and friends we made. It was incredible to see two dozen people enjoying the readers at 2AM, indeed we had great coverage and audiences throughout this year (although that 5AM -7AM shift was a bear like always, thanks Lauren and Karen for standing so strong).

No Cuts! No Closures! No Layoffs!

We Will Not Be Shushed!